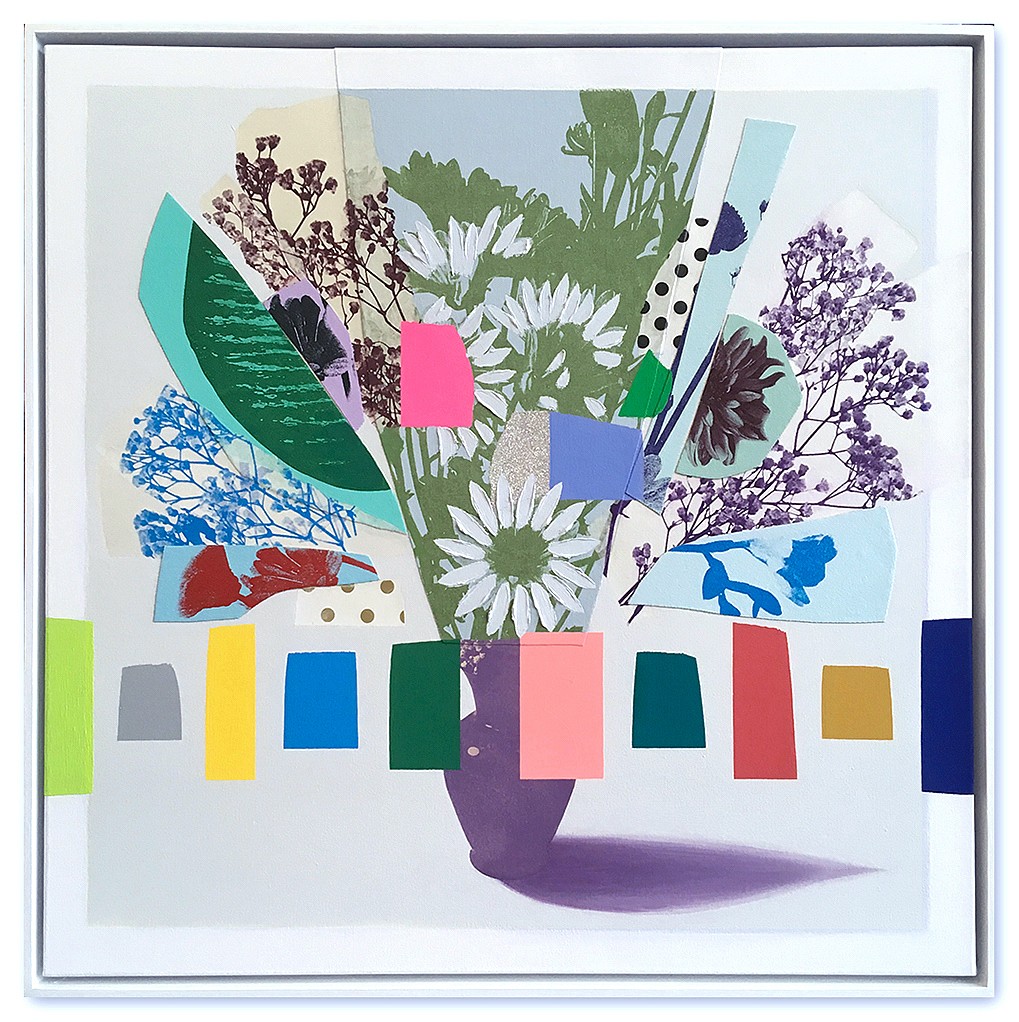 Canadian, b. 1982, Ottowa
Lives and works in Toronto, Canada

Canadian artist Emily Filler weaves painting, printmaking and photography together in her ‘painterly collages’. Using old photographs, pieces of fabric, and silk-screened images to create imaginary landscapes and whimsical bouquets of flowers, Filler’s artwork walks the line between the real and imaginary. Flowers act as a departure point to a world that dissolves into abstraction, whereby creating a sense of the familiar, but also the feeling that one is falling into a dream. What began as fragments are finalized into a complete image; something whole.

Filler’s newest work brings together panels of color, meticulous patterns and floral elements. Dense mark-making contrasts with airy clouds of transparent color and screen-printed florals. As these processes and elements interlace, they create a hybrid between representation and abstraction, the natural and supernatural. Filler’s personal connection to flowers is also at play, as many of the silk-screened images are taken from photographs of blooms and other plant life from her father’s garden, the same garden in which she spent time as a child.

As with all her work, Emily Filler brings these elements together to communicate a sense of joy. Not wishing to present the viewer with a realistic interpretation of the flower, but rather to convey the beauty and the impressions which they leave behind in our memories.

Filler's work has been exhibited across North America and can be found in private and corporate collections worldwide.

Languages of Life Art Exhibition, May 2005, Nepean Pointe-Centre, Ottawa, ON